While on a church retreat near Angus, NM I took a morning hike to 7,755 foot Buck Mountain. Starting at the retreat center we followed an old jeep trial into the Lincoln National forest. We looped around counter clockwise to the back side of Buck Mountain following a small stream for most of the way before heading up the west side. Once on top we found some Elk tracks and took in the view. We came back down on the east side and eventually joined up with a small residential road. I brought my camera along with me but, like an idiot, forgot the memory card. As a result the only picture I have is a cell phone pic. We spent just under two hours on the trail, traveled 3.26 miles and climbed 853 feet. 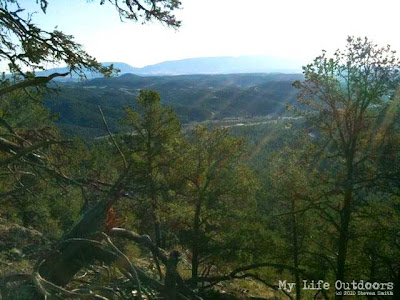 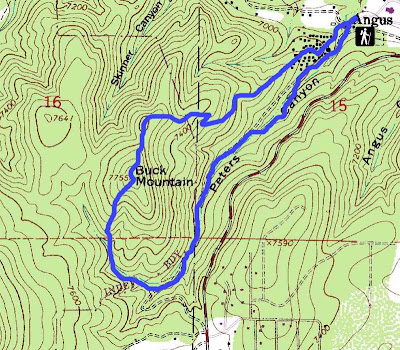 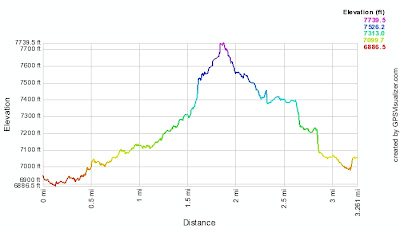 There are many more trails, and much higher peaks, in the area with the Lincoln National Forest offering many miles of trails. The highest peak in the area is Sierra Blanca Peak at 11,973 feet. I look forward to coming back to this area when I have more time to hike.