Monday afternoon Balmorhea State Park was ordered closed just in case winds send the Rockhouse fire (aka Fort Davis Fire) to the northeast. Even though the town is not currently being threatened by fire, TPWD is trying to stay two steps ahead of the danger. “The evacuation is meant to clear the area of non-residents in the event of an emergency situation.”

Shifting winds are expected to push the fire east and then southeast. If winds continue to shift McDonald Observatory and TNC’s Davis Mountain Preserve could be threatened. Sunday night the flames burned down in to Madera Canyon Northwest of Mount Livermore, the highest peak in the Davis Mountains. 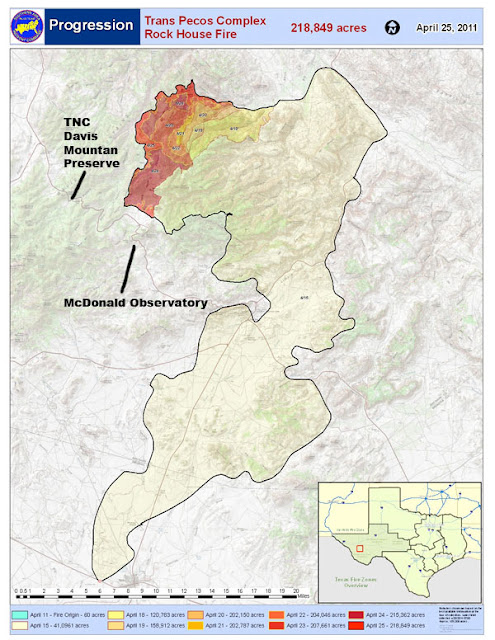 “We don’t believe McDonald Observatory is any danger,” said Hannah Farley with Southern Area Incident Management Team, “We did burn-outs Saturday night. They also have a cleared area where there isn’t much to burn if the fire did sweep up”.