Skip to content
April 4, 2012 Steven Smith 14 Comments
Looking out across the Sacramento Mountains north of Sierra Blanca one peak stands out among the rest. Nogal peak is one of those mountains that calls people to climb it, and it has been calling my name every since I first noticed it in the Lincoln National forest outside of Ruidoso New Mexico.

My family and I had decided to get away for the weekend with the hopes of catching one last ski day at Ski Apache. I watched all week as the base declined 10 inches a day in the warm 70 degree weather. By the time we made it out there the conditions were too far gone for an enjoyable ski day. So we made the best of it and went hiking in the pleasant springtime temperatures.

We were looking for an easy hike with little to no snow drifts. We had hiked a little the day before but got caught in waist deep snow along the trail. The crest trailhead would provide exactly what we needed with mostly southern facing slopes and deciduous scrub oak keeping the snow at bay. I had my family with me, including my parents. The ranger said the Crest trail would provided great views with easy terrain. I pulled out the topo and noticed the Crest Trail skirted the south side of Nogal Peak. I thought I might bushwhack out to the top while my family took in the views from the ridge atop Crest Trail. So we took the long winding dirt road out to the Crest Trailhead.

Once we started out on the trail I noticed a marked trail heading up the east slope of nogal. The sign read “Nogal 1.1 miles.” I thought 1 mile is nothing and directed my family off our planned trail onto the Nogal Peak Trail. Before we had gone a half mile it became apparent this trail was no piece of cake. We stopped atop the first large knob along the east ridge and ate lunch. The short steep hike up to this knob had whipped my parents out. The peak seemed so close and I convinced them to keep going a short distance.

As we entered the scrub pine it became apparent this trail was only getting steeper. My parents decided to head back to the car while my wife, daughters and I continued toward the top. At times the trail was so steep we had to scramble up rocks while hanging on to scrub pine for balance. This began to concern me when I thought about the hike back down with my two year old on my back. But my fears were unfounded.

We made it to the top and took in the views of White sands to the southwest and to the northwest the site of the first Atomic Bomb Test just past the Carrizozo Malpais lava flow. We spent sometime enjoying the summit views while my two year old added rocks to the summit carin. Before long it was time to head back down and rejoin my parents.

All in all Nogal peak is great short (but not easy) day hike. The trail is steep and rugged gaining over 1,000 feet of elevation in 1.3 miles. The best access is from the Crest Trailhead at the end of a long dirt road (FS 108). I thought I was going to destroy my parents minivan high clearance vehicles are definitely recommended. 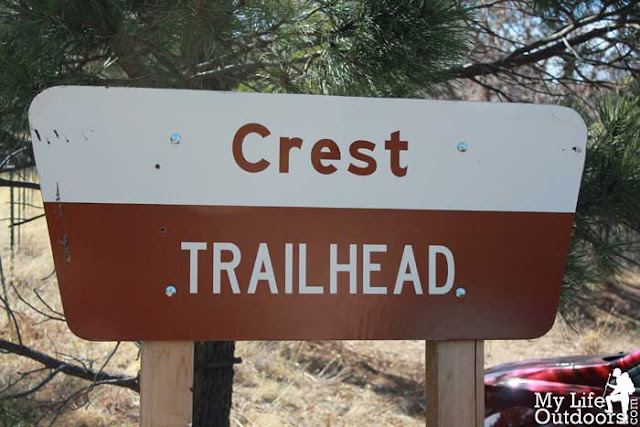 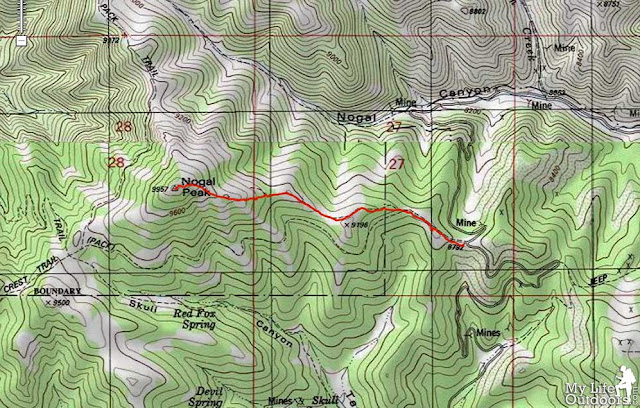 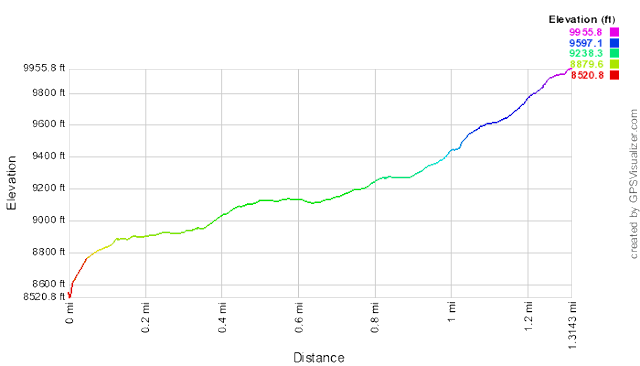