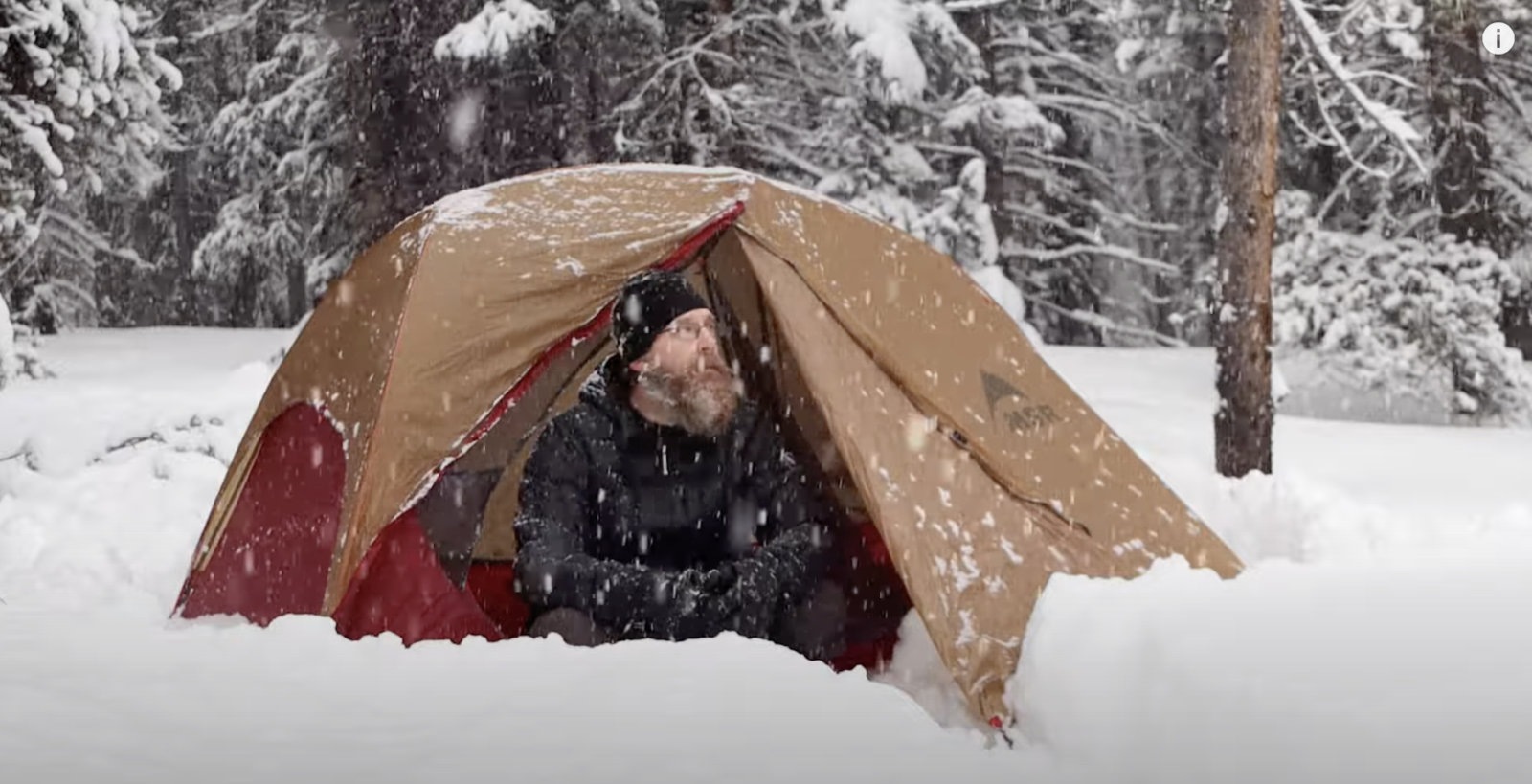 A few years ago, I was on a backpacking trip with my daughter and a few of her friends. She woke me up in the middle of the night shivering uncontrollably, slightly hypothermic, looking for help. And in my half-asleep, been-hiking-all-day, tired stupor, I said, “Did you try taking off a few layers?”

Because I believed the myth that you sleep warmer naked. *face palm*

Today we’re going to talk about five myths you just thought were true about backpacking. Keep scrolling to read, or check out this video:

Now when I really think about it, of course sleeping naked isn’t warmer. But somewhere along the way, I had heard that. And then I slept in my underwear and a t-shirt and was plenty warm, and it reinforced the myth.

But if you understand how insulation works, it makes sense that more layers will add warmth, just like they do when you’re hiking.

When you’re sleeping, your body heat is constantly trying to escape through conduction. The more layers you have on, the more barriers that heat will have to move through to escape. Think of it like a prison where the heat is trying to dig through the walls. The more walls, the easier to keep that heat captive.

So if you have ever heard or believe that sleeping naked is warmer … well, don’t believe it.

2. You Need a Four-Season Tent In the Winter

The real reason you want a four-season tent is for snow and wind. Snow on the ground is fine, but if you are expecting any significant snowfall, a three-season tent won’t be able to hold up the extra weight. Four-season tents are stronger, with better stitching, more guylines, and stronger pole structures, all designed to hold up against snow load and winter storms.

But if it’s just cold outside with no significant weather forecast, you will be fine in a three-season tent … assuming you don’t sleep naked and you have adequate insulation.

3. Two-Person Tents Are Too Small for Two People

A lot of people believe two-person tents are really only doable for one person. And I understand why people think this, because backpacking tents really are pretty small.

But two-person tents really can work for two people. It’s cramped inside, but you can make it work if you really like the person you’re in there with and you keep your gear outside.

4. The Best Gear Is the Most Expensive

If you are into backpacking, it’s really easy to feel like you need the latest and most expensive gear. But it’s really not true. I once went on a hike with a guy who carried a school backpack and a pillowcase full of canned soup. He slept under a blue tarp from Home Depot and covered the same number of miles and elevation I did.

Now I don’t recommend what he did, but I think it goes to show that you can get by without ridiculously expensive gear.

If you do want to see inexpensive gear I recommend you check out this YouTube playlist. Or for some good info on budget gear, check out Jeff’s YouTube channel called Dose of Dirt.

5. You Have to Be the Right Size and Weight

The last myth I see people talking about all the time is about body size and weight. I am a firm believer that no matter your body type, size or weight, you can be a backpacker, and enjoy it! In fact, the general rule of thumb is a backpacker shouldn’t carry more than 20% of their body weight, which means larger-body backpackers are actually capable of carrying more in their packs. I’ve actually heard of small-body backpackers lament that they have to go ultralight, spending a bunch of money on gear, because they simply can’t carry the weight of a traditional pack. This is probably controversial, and I’m sure I’ll get a lot of comments about it, but don’t let anyone tell you that you are not fit to be a backpacker.

So there you have it. Five myths you believed were true about backpacking. You probably know of some more, and if so, leave me a comment!