Last Friday I took my nine year old daughter on her first backpacking trip. We headed down to Lost Maples State Natural Area (SNA) for a short one night trip.

This time of year Lost Maples is alive with fall color and we hoped to take it all in. With this being my daughter’s first backpacking trip I was real worried about mileage. But Lost Maples SNA provided the perfect place.

We arrived at Lost Maples SNA around 3:30. We planned to hike less than a mile along the East Trail to Primitive Campsite A. I supplied my daughter with a TPWD map and allowed her to follow our path as we hiked. We stopped at every water crossing and trail junction to see where we were on the map. My main concern was her getting tired and wanting to quit. By allowing her to see our progress and how quickly we were arriving at our campsite kept her spirits high. We made sure we took our time following every possible adventure and side route along the way. This helped keep her interest up and provided a lot of great bonding time. Lost Maples did have lots of color but seemed to be in a strange transition stage. The Maples had lost the majority of their leaves and the Red Oaks were just beginning to change their color. My daughter didn’t seem to care about any of that…she was just happy to be “backpacking” with her dad. 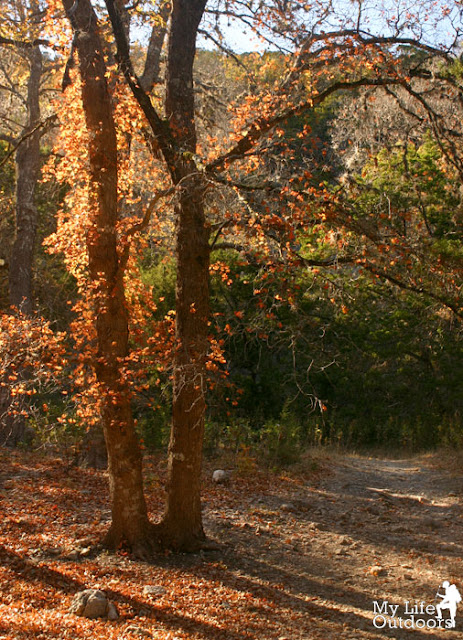 We arrived at Primitive Campsite A just before 5:00 pm. We set up camp and headed back out for some more adventures along Sabinal River. We climbed up and over big rocks, followed stepping stones to small islands, and tried to see how many fish we could spot. About 6:00 pm we headed back to camp to cook dinner. I had brought along Backpackers Pantry’s Spaghetti and Sauce hoping it would suite her picky appetite. We boiled 2 ½ cups of water and waited the 13 minutes for it all to cook. While we waited we gathered sticks and made small wooden crosses to pass the time. 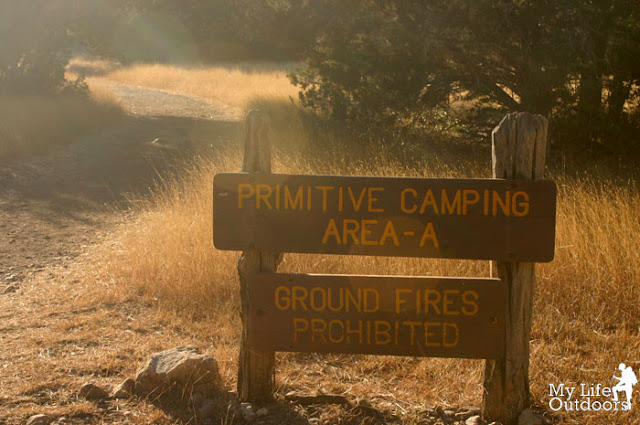 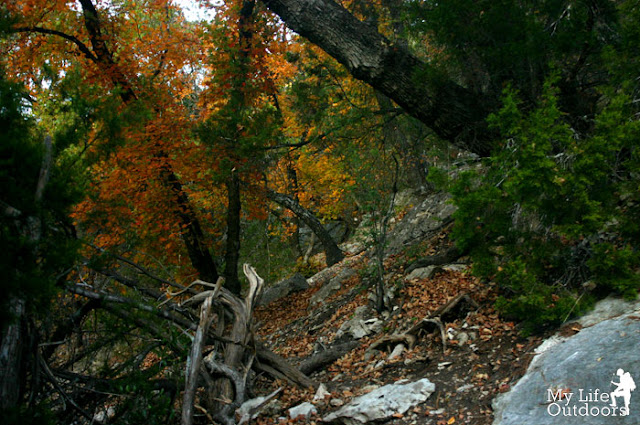 After Dinner the sun really started sinking fast. By 6:45 it was almost completely dark. With the sun down, and it getting colder, we had nothing better to do then climb into our sleeping bags. The next couple of hours were the hardest with her little mind not ready to go to bed and nothing to keep her entertained. We played “There’s something in my father’s store” until about 8:00 pm. At that time I insisted we close our eyes and try to sleep. We had a few too many sips of water on the hike in which proved to be a few too many trips to the bathroom in the middle of the night. After we finally emptied our bladders… the night went much smoother.
Having gone to bed so early we, in turn, woke up very early. I instead we wait until the sun came up before breaking camp and getting back on the trail. When we finally emerged from the tent we noticed many more backpackers had come in during the night. What started out with just the two of us at Campsite A turned into more than a dozen (or more) tents the next morning.

We were the first to break camp and the first on the trail. We continued on along the East Trail following Hale Hollow Creek before eventually climbing up into the hills. I made sure to follow every adventure and side trip along the way so hiking remained interesting. We followed the East Trial up and over the hills all the way to Primitive Campsite C. Adjacent to Primitive Campsite C is a couple of ponds that cascade over a small waterfall into Can Creek. We stopped to admire the small waterfall before following Can Creek all the way back to the parking area. 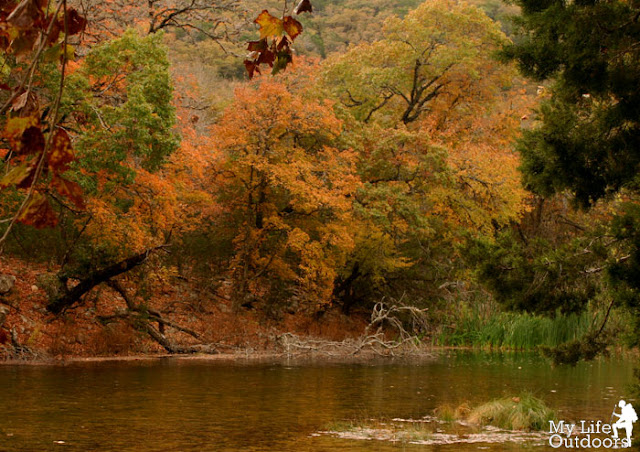 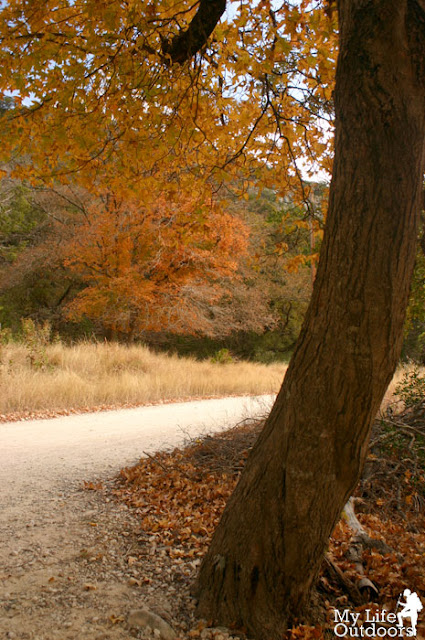 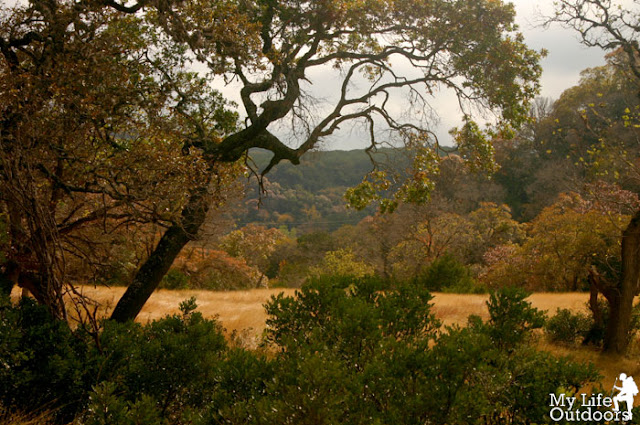 The East Trail makes a 4.6 mile loop through the heart of Lost Maples SNA. The short distance proved to be just what we needed to introduce my daughter to my love of backpacking. The elevation gain was minimal (only 300 feet) which kept down her fatigue while allowing her to feel like she accomplished something big. I outfitted my daughter with my Black Diamond Hallowpoint daypack which obviously wasn’t built for her torso size but worked fine for this test run. She carried just over nine pounds consisting of 1.5 liters of water, a sleeping bag, her own rain gear and cold weather clothes.