Skip to content
February 21, 2012 Steven Smith 18 Comments
The second highest peak in Texas. I wasn’t sure if my 10 year old was ready for such a strenuous overnight trip. She has done well on some pretty difficult day hikes, but never with this much wight on her back.

My wife was out of town for the weekend leaving me and my oldest home alone. I knew we could spend the weekend watching TV or do something we would never forget. So we headed out early to the Guadalupe Mountains for a quick overnight trip.

This was the first time my daughter would get to use her new Deuter Fox 40 pack that Santa had brought last year. We had gone backpacking before, but she had always used one of my daypacks, which really didn’t fit her torso. This would be different in a lot of ways. Higher elevation gain, more miles, and a pack that weighed in at 15 pounds (a good 20% of her body weight.)

I didn’t make her carry much. Just one liter of water, a sleeping bag, rain shell, jacket, some cold weather base layers, and a few snacks. I was carrying the rest, witch in dry, drought stricken West Texas was more then 28 pounds of just water. Its nearly impossible to go ultra light West Texas.

We got to the Guadalupes early, filled out our backcountry permit, and headed up the Tejas Trail. It would be 3.9 miles and over 2500 feet of elevation gain before we reached our campsite. A thick fog covered the Pine Springs valley as we set off on our hike. The red bark and berries of the Madera Tree really stood out against the fog. A few miles further up we began to see the edge of the fog slowly struggling to climb the same mountain as us. It lightly danced and played with the contours of the mountain in an erie sort of way. We stopped to eat lunch just above 6500 feet and watch the fog interact with the mountain. It slightly freaked out my daughter who wanted to continue before the fog caught up to us again. We continued to gain altitude until we could see the fog was actually an inversion layer extending out over the flat desert to the East.

We made it to camp just before sun down. We spent the night at the Pine Top campground at 8250 feet, just 500 feet below Texas highest elevation. We ate dinner and played a few rounds of “There’s something in my fathers store.” before hitting the sacks early. The next morning we would continue another 2.3 miles to the top of Bush Mountain, The second highest in Texas.

The Bush Mountain Trail looked deceptively flat on the map following a high ridge just north of Pine Springs Canyon. In Actuality it proved to be more than 4 or 5 ups and downs of about 200 – 500 feet each. The peak itself was rather anti climatic rising gradually over a long distance. And the summit itself was rather elusive. Looking at the map now I’m not sure we ever made it to the top. If we did we found no summit marker, no summit log, or anything to really distinguish the summit. We did, however, find outstanding views of Pine Springs Canyon, Texas’ four highest peaks, and the salt flats to the west. We sat on the top for a little over 30 minutes taking in the views. We couldn’t stay long as we still had to break down camp and hike 6.2 miles back out to our car.

As we finished out what proved to be a 9 mile day my poor 10 year old was very tired. She had really impressed me though. Having hiked such great distances and elevations with hardly a grumble. It was nice to get out of the house for a while and share one of my favorite mountain ranges with my daughter. I hope and pray she will continue to love the outdoors as much as she seems to now.

Resources:
I use both the Map and Guide book featured below when planning my many trips to the Guadalupe Mountains. I highly recommend them to anyone wishing to hike there. Purchase them through these links and help support MyLifeOutdoors. 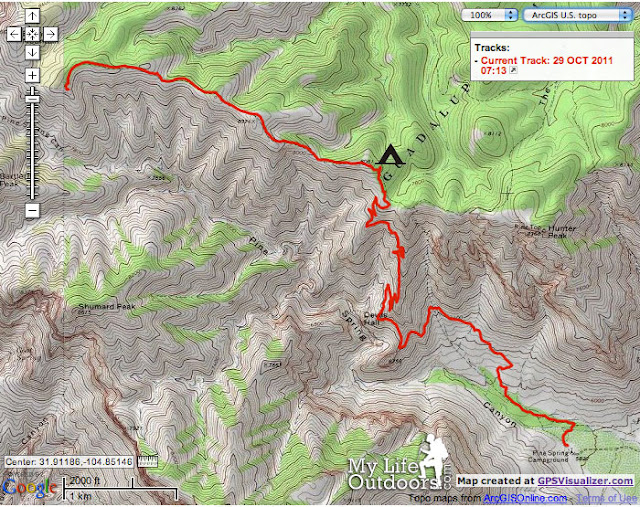 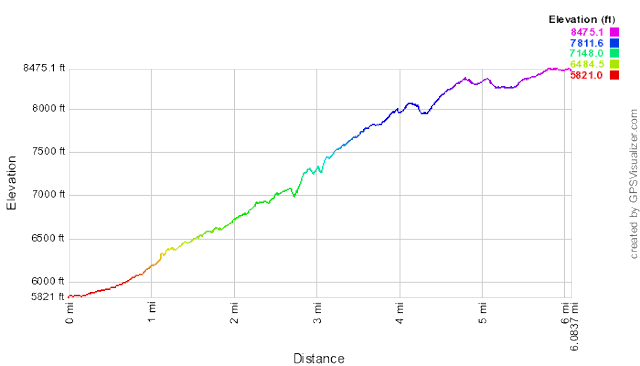