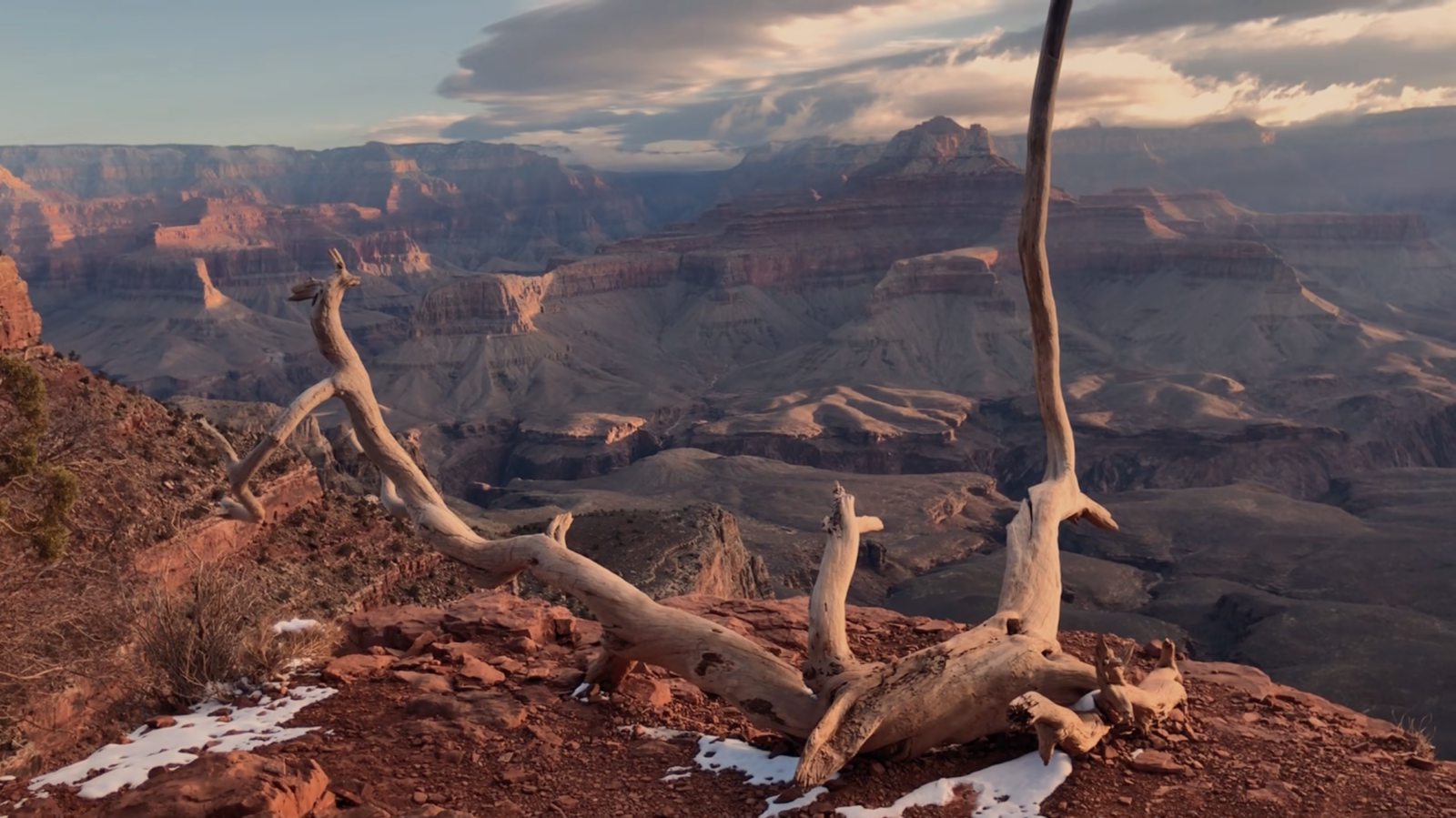 There are some experiences in life that stand out among the rest. experiences that before they are even over you can tell, there is something special about it. Something that will stick with you for years to come. For me, backpacking the Grand Canyon was one of those experiences.

I have visited the Grand Canyon at least a half dozen times. North rim, south rim, day hikes, even spending the night on remote points along the rim. But nothing prepared me for the sheer grander and variety that descending the Canyon has to offer.

Spring break was just around the corner, a friend and I were looking for someplace to hike that would offer some warmer temperatures. We made a last min decision to head to the Grand Canyon, driving through the night to try to grab a highly competitive walk up permit.

After sitting on the waitlist for two days we were awarded 3 nights along the Grand Canyon’s corridor. Its best and most popular trails. (Want to know how you can score a waitlist permit? Check out my video: https://youtu.be/ZBQxp6x_SBs

We woke up early on our first day and caught the 6am shuttle to the S. Kaibab trail. Snow still covered the trail from a late spring storm that came in the night before.  (So much for warmer temperatures) so We put on some crampons and started down trail. Within a few mins we were greeted by the sun painting the canyon in warm reds, pinks, and purples.

We descended 7 miles and nearly 5,000 feet in a few hours. Each step pounding our knees, the pads of our feet, and tightening our caves in a way that would make walking difficult later that night.

But Before long the Colorado River greeted us with cool waters.

We set up camp at the developed bright Angel campground just below Phantom ranch. We spent two nights at bright angle and spent a day hiking 14 miles round trip to Ribbon Falls.

Before long it was time to start making our way back up the canyon. We set out on the Bright Angle trail crossing back over the Colorado to ascend 4.5 miles and 1500 feet to Indian Gardens campground.

All the campgrounds along the corridor, despite being backcountry campgrounds are developed…with pick-nic tables, running water, and in some cases flushing toilets. In some ways it feels less like backpacking and more like car camping. All except the small tent.

We arrived at Indian Gardens early with a lot of time to kill, so we set up camp and hiked out to Plateau Point for our last views of the Colorado river.

Platoue point was not really part of our original plan but was a Pleasent surprise with spectacular views up and down the Colorado.

One stranger qualities of the GRAND canyon is there seems to be a different season around every corner. Snow at the top, warm summer like temperatures at the bottom one min and rain and snow flurries the next.

At times it felt like we were constantly stopping to either put on or take off another layer.

Our last day in the canyon we woke up early to give us as much time as possible to hike out of the Canyon not knowing what to expect. Everything you read and hear about the Grand Canyon gives you the impression she is not to be trifled with. And while the last 3 miles and 2000 feet up bright angel did seem to be the most grueling. Ultimately the mild temps of spring break made it much like any other climb. That being said i can’t imagine hiking out of the canyon in summertime.

All in all the Grand Canyon’s sweeping vistas, winding corridors, cold streams, waterfalls, and sheer size Left more than a lasting impression.

There just aren’t many places as big, mesmerizing, or as wild as the Grand Canyon.