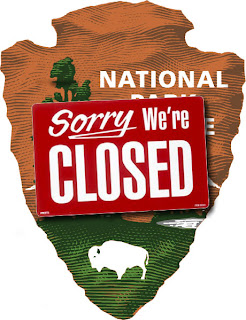 Federal lawmakers are working right now to finalize the 2011 budget, but they are running out of time. Billions are at stake and there is a serious risk the House and Senate will not come to an agreement in time. If this happens the government will be forced to shut down and non-essential services would go first, including all national parks

What happens when big government is forced to cut spending? According to U.S. Congressman Mike Conaway: “Peoples lives get disrupted.” Like employees who rely on business brought in by National Parks.

The timing couldn’t be worse; March April and May are Big Bend’s busy time of year. March alone makes up for almost 60% of Texas’ Brewster County tourism business. (The County Big Bend National Park resides in). I currently have plans to visit the park in the next few weeks along with countless others making plans for spring break. I am now being forced to make alternate plans just in case I show up and the park is closed.

What about you? Do you have plans to visit a national park this spring break? How would this effect your plans?

6 thoughts on “Could the National Park System be Shut Down?”