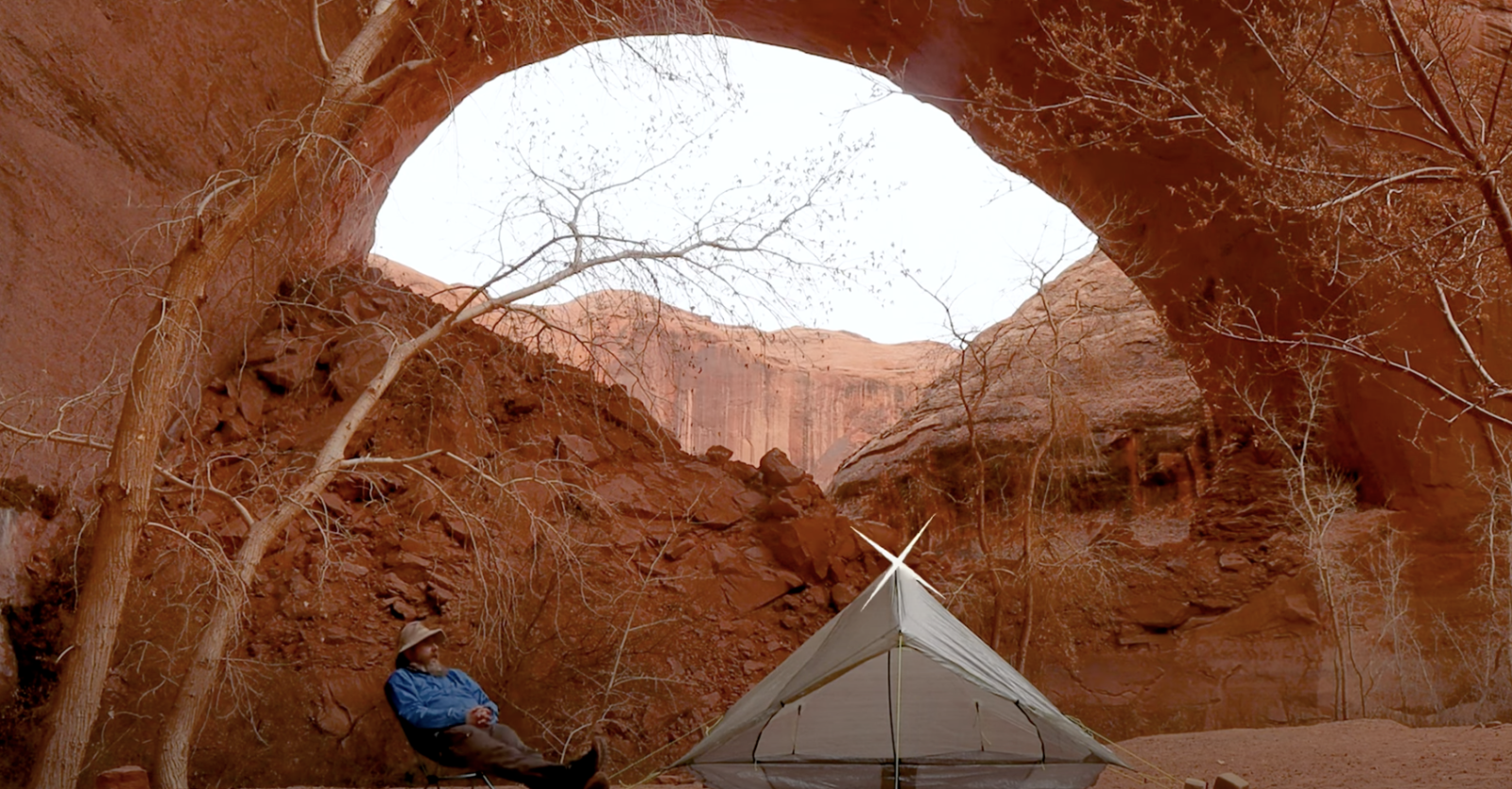 So you don’t have $600 to drop on the lightest tent in the world.

Well, the Lunar Solo is a very similar tent that is half the price (but also twice the weight).

How else do these tents compare?

You may have seen my blog post or YouTube video from a few weeks back where I took my first look at the brand new Zpacks Plex Solo Tent. The Plex is the lightest tent currently on the market at 13.7 ounces. (But it’s also $600.)

The more I’ve been using it, the more it reminds me of the SMD Lunar Solo Tent. So I thought I’d do a comparison for everyone who’s interested in the Plex Solo, but maybe not the $600 price tag

Okay, let’s talk about the similarities. Both of these are single-wall trekking pole tents, both are for one person, both have a single-pole teepee design, both have a similar floor shape, both have a mesh lining along the bathtub floor, and both are made by small-cottage manufacturers.

But how do they compare?

Obviously, the biggest difference is the weight. As I already mentioned, the Plex Solo is extremely lightweight at 13.7 ounces. The Lunar Solo is just a little less than double that at 25 ounces.

But the Lunar Solo is bigger on the inside, too.

The Plex uses a 52-inch pole, where the Lunar uses a 49-inch pole. So while the Plex is technically taller, the Lunar just feels bigger on the inside.

Price is where the Lunar Solo really shines. It’s only $250US for a spacious tent that is only one and a half pounds, where as the Plex Solo is more than double that price at $600. I will note that the Lunar Solo doesn’t come with seam sealing, so you will either need to do that yourself or pay $35 extra to have Six Moons Designs do it for you. And neither of these tents come with stakes, so you will have to buy those separately.

The last major difference is the material from which these tents are made. The Plex Solo is made out of .55 ounces per square yard (OSY) Dyneema®, which is some of the lightest—if not the lightest—tent material available today.

The Lunar is made out of 20d silicone-coated polyester, which is almost as stiff as Dyneema, but costs a whole lot less while packing up more tightly, too.

The floors on these tents are a little thicker using one OSY Dyneema and 40d sil-poly floors respectively.

A few key differences in design: one is the difference in door design. The Plex has a full-rainbow door that falls into the tent when fully open. And in my experience, it needs to be fully open to be able to get in and out. The Lunar has a hanging, half-rainbow door, and I prefer the Lunar door, even though I can only enter on one side. But I will note, I have a tendency to accidentally sit on the door, pulling on the tent in a weird way. But I still prefer that to a door I have to reach all the way accross the tent to open and then falls on the ground.

The Lunar also has a small hang cord that I found very useful for hanging a headlamp.  The Plex has no way to hang anything from the ceiling at all.

The Lunar has a small vent at the top to help moisture escape, minimizing condensation. But the Plex has an overhanging canopy that will keep you dry in a light rain, even with the vestibule open. The only problem with this little overhang is how low it is. Any time I’m trying to get in or out of the tent, or even when airing up my sleeping pad, the overhang just feels in the way.

The Lunar doesn’t have the overhang, but you can raise the vestibule using a simple prusik cord, allowing you to get more airflow while staying dry, even in light rain. And the vestibule opens up all the way, causing no problems getting in or out of the tent.

The Plex has a unique, overlapping vestibule closure that I find just a little bit difficult to tighten from inside the tent, where as the Lunar has a more traditional zipper on its vestibule.

The Plex has an eight-inch-deep bathtub floor, which if you remember from my first-look post, I said I couldn’t get it to get deeper than four inches. Well, after several more pitches, you will be happy to know I have gotten a lot better, and have achieved full eight-inch depth.

The Lunar Solo has a six-inch-deep bathtub floor.

In general, I find the Plex easier to pitch and get set up.

Last but not least, both these tents require a minimum of six stakes to pitch, or you can go up to eight on the Lunar Solo, and as many as ten on the Plex Solo.

So there you have it, the SMD Lunar Solo vs. the ZPacks Plex Solo. But which one of these tents is the better tent? Well, it’s hard to choose, because even though the Lunar is larger with more features, the Plex is so light, you don’t expect things like that. But if you pushed me to say which one I’d choose, I think I would choose the Lunar Solo mainly because of price. $250 is incredibly affordable. And 1.5 pounds is still very lightweight. So for those two reasons alone, I would probably pick the Lunar Solo.

But which one of these tents would you pick? Let me know in the comments below.

Also, if you plan to buy either one of these tents, do me a favor and buy through the links in this post. I’ll earn a small commission at no additional cost to you and you will help support me and the posts and videos I’m putting out.

Speaking of, if you want to watch the full video of this tent comparison, you can do that right here:

Be sure you are following me on Instagram and YouTube,  and as always, thanks for stopping by.